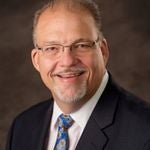 Hailing from Columbia, Missouri, Jack brings a bit of unabashed central Missouri hospitality to his clients. You will not meet a more ordinary person than Jack Adams. He's the founding partner of Adams Law Group but he has not always been a lawyer. He worked as a union carpenter for his father's contracting business for several years, later worked as a machinist, and for good measure, also had a part-time sandblasting business. While working full-time and raising two children, Jack attended college and attained a perfect 4.0 GPA. Due to academic success, Jack departed from his hands-on labor career, and at age 30, went to law school at the University of Missouri-Columbia.

This unique perspective of living in the paycheck-to-paycheck real world has helped Jack achieve a reputation with his clients as a compassionate advocate that really understands his clients' perspective, cares for their cause, and respects them for who they are.

Jack takes great pride in his fellow lawyers in the firm, namely, his wife, Adriana D Adams (ret), his oldest daughter, Carolina Adams Doney, and his youngest daughter, Madison Adams. As a family of attorneys, they make a positive impact on the citizens of St. Charles County, Lincoln County and Warren County.

Jack is married to a wonderful wife and they have three grown children. He has never met an animal he didn't like, and is an accomplished artist, working in mixed media mosaic and glass.

Get in Touch With Jack Today

Thank you for contacting us. We will get back to you shortly.

Please complete all required fields below.

Adams Law Group is committed to answering your questions about legal issues in St. Peters, MO.

We'll gladly discuss your case with you at your convenience. Contact us today to schedule an appointment.